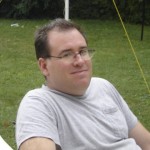 Has twenty years of data processing and proven project management experience, specializing in the banking, health care, and government areas. His architecture expertise encompasses all phases of the project life cycle, including design, development, implementation, and maintenance of systems.

His credentials include a Masters degree in Computer Science from the University of Rhode Island with concentrations in database technologies and programming languages. He has Microsoft Certificates for Database Administration (MCDBA) and System Admistration (MCSA).

When he is not busy informing the members of current events, he spends time with his wife and daughter enjoying outdoor activities. 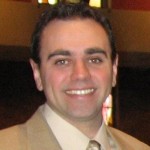 Has close to 15 years of experience in the Information Technology field with a focus on software development and database administration. For the past ten years, he has worked extensively with Microsoft SQL Server and the .NET framework.

He has a Bachelors Degree from Bryant University with a concentration in Computer Information Systems, and also holds the Microsoft Certified Information Technology Professional (MCITP) Certification in Database Administration.

When he is not working, he enjoys golf, hockey, football, occasional video game and spending time with his wife.

Brandon has been programming professionally for 10 years, and as a hobby for about 20. He’s had the honor of working with a wide variety of systems over the years, on a variety of platforms and languages. His main interests are in SQL Server: administration and development and .NET Development

Currently, Brandon serves as the Vice Chapter President for the Southern New England User’s Group. He books Microsoft MVP and local speakers for each meeting. If you have interest in speaking on topics related to SQL Server or database systems in general, feel free to reach out to Brandon. If you’re new to speaking, we can help you out as well. 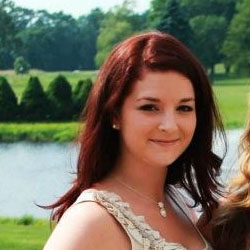 Has worked with SQL Server since 2010. Currently works with Reporting Services and main interests include query optimization.

When she is not busy updating the SNESSUG website, she spends time reading posts on SQL Server Central and SQL blogs. 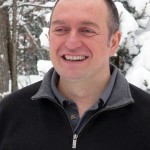 Has twenty years experience in IT. That time was spent in technical support, development and database administration. For the last eight years I have been working at a major insurance company as a DBA.

Has over ten years of database experience and currently holds the position of Principle SQL Developer with FM Global. Drawing on her experience she currently specialized in SSIS development, T-SQL and project management.

Prior to starting her career at FM Global, she spent several years as a Marketing Database Analyst where her T-SQL and DTS skills were refined. She has a Bachelors Degree in Management and an Associate’s degree in Computer Science.

She has been a member of SNESSUG since its inception and currently holds the office of the treasurer for the second consecutive year. When she is not busy finding sponsors for our monthly meetings, she likes to sail, golf and snowboard, season dependent of course. 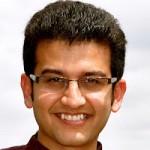 He has seven years of experience in the IT industry. AJ is a Sr. Development Database Administrator with FM Global.

Before joining FM Global, he worked for over 5 years for diverse range of organizations, including Oracle and SAP Labs in the CRM space with main focus on databases. In his current role he designs, develops, tunes & manages all versions of SQL Server databases along with working with developers on SSIS & SSRS tools.

AJ joined SNESSUG as a member in 2007 and was elected to office this year. When he is not busy finding eminent speakers for our meetings, he contributes articles to popular technical sites. During his free time, AJ loves to travel and enjoys adventure activities such as skydiving, river rafting, camping and hiking.